Playing the guitar usually doesn’t require you to consider any cosmetic variables. However, your fingernails are the exception to this rule, as they are an extension of your fingertips. Growing them might get in the way of your ability to play the guitar at your best.

So the big question is, “can you play the guitar if you have long fingernails?”

Let’s take a look at what the limiting factors of long nails can be. Now, “long” is a bit of a subjective word, to begin with. So we’ll try to figure out at what point fingernails are too long to play with, why this is the case, and what the advantages are too long fingernails.

How Long is Too Long?

Before we get into the more technical guitar stuff, let’s first determine what we mean when we use the term long fingernails. In my mind, long nails are roughly are about half an inch longer than you the tip of your finger — or even longer than that.

Everything under that, to me, is medium in length and is usually in the territory when your nails are at the beginning stages of showing a fair amount of white coloring. Nails of medium length will present a lot fewer problems. In fact, they can be an advantage under certain circumstances.

Now, just for clarity, I did not consider extreme cases of long nails, because it’s fairly obvious that you can’t play any string instrument after you’ve passed a certain length. We’re going to focus on nails up to a length that should – at first glance – not get in the way too much of playing the guitar, yet might cause trouble with certain aspects of playing the guitar.

Playing Guitar With Long Nails on the Fretting Hand

Most people – yours truly included – cannot fret well when their fingernails become longer. It makes chording difficult and can even muff the notes you want to play. Tone and accuracy are mostly a factor of controlled pressure, so I like to keep my fingernails short because of this. WIth short I mean clipping them at least once a week.

What’s the Problem with Fretting?

The problem with long and even medium length nails is that you can’t put your fingers onto the string under the correct angle, without your nails limiting how much pressure you can apply to the strings and the frets.  If you have long fingernails, it’s virtually impossible to put any pressure on the strings at all.

The Fretting Problem in Numbers

If you want to play a note, you’ll have to use your fingertips to put pressure on the strings and frets. The total height of the fret and the string will determine at what point you’ll be able to start applying sufficient pressure.

The average fret wire is about 1mm. There are some exceptions, but it’s not likely these concern you. In addition to the fret, we’ll also take the string into account. These vary a bit when it comes to the gauge:

Now that you’ve been presented with these numbers try to imagine putting pressure on the strings with anything longer than really short fingernails. It’s nearly impossible. Of course, you’ll not always have your fingers at a ninety-degree angle, but this should give you an idea of how fast your nails can become a problem in terms of length.

My Take on Playing Guitar With Long Nails

My advice, in general, would be to keep your fingernails short and clip them regularly — before they show a white color. It’s very tough to fret correctly if you don’t. Nails will only get in the way of your ability to play to your full potential, so make a choice between playing the guitar and growing long nails on your fretting hand.

Players that have a speedy style on electric guitars seem to get away with a bit longer nails though. This is mainly because they usually keep their fingers a bit flatter to accommodate this style. Yet, it’s still not something I would recommend to anyone since it’s a very specific situation.

Playing Guitar With Long Nails on the Picking Hand

Although I prefer to have short fingernails on both hands, there are also people that prefer having longer fingernails. Usually, when people prefer this, they play a fingerpicking or strumming style of guitar. Long nails can also serve as a pick of sorts. It’s not easier or harder to play this way, it’s just a matter of getting used to.

The main issue with any other style is that you give up some control with long and even medium length nails. This is a matter of distance since a larger distance will impair accurate play. The fact that you can’t use a pick has a lot to do with this as well. It’s just really hard to hold a pick correctly when your fingernails reach a certain length.

But if you only want to play in a strumming or fingerpicking style — having medium length nails, as long as they’re strong, doesn’t have to be a problem at all. In fact, a lot of people prefer their nails a bit longer for this purpose. Look at some of the most famous fingerstyle guitarists, you’ll find a lot of them have long nails on their picking hand.

Compared to playing the guitar with short nails, there are some advantages to having slightly longer nails as well. Most of these have to do with the difference in sound. This is especially true when playing classical guitar, but also while playing acoustic or electric.

More Volume – when you’re playing with longer nails, you’ll find that they will produce a lot more volume, without any extra effort. This is especially true for acoustic or classical guitar since electric guitars tend to be amplified anyway.

Crisper Sound – you’ll get that clean crisp sound when playing with longer nails, compared to a more softer, almost jazzy sound whit short nails. If that’s what you’re looking for, long nails are definitely the way to go.

Things to Consider Before Growing Your Nails for Guitar

Playing with nails is a choice with both pros and cons. It’s a common theme among guitar players and at some point, most people just make a choice to maintain either shorter or longer nails. If you plan on growing them, keep in mind that you might run into some practical issues:

Not all jobs allow long nails – a lot of people have a job that doesn’t allow them to have longer nails. This can be because of hygiene (medical or gastronomy jobs come to mind), because of the way it looks (sales), or because they can get in the way (programmers, mechanics, physical therapists). If you have a profession that doesn’t allow you to maintain long nails, just get used to playing with short nails. It’s completely ok.

It takes a lot of work to maintain them – long nails are easy to grow, but keeping them in good condition to play the guitar is a different story altogether. Filing and polishing have to be done in a very specific way if you want your notes to sound clean and bright. This can be a lot more.

They might get damaged at some point – don’t get hooked on your nails and always make sure you can play without them as well. Nails can be fragile, so you’ll often have to deal with tears and breaks that will require clipping your nails.

How does Dolly Parton play with these nails on her fretting hands? She tones her guitar so she can play open bar chords. So, in essence, she doesn’t need her fingertips because of this. Needless to say, this limits playing the guitar a lot.

Can I use acrylic nails? That’s a possibility for sure. Not only will you have more control of the shape and condition of your nails, but you’ll also protect your own nails from the wear and tear playing that can occur if you play a lot.

Do I need long nails to play fingerstyle? A lot of people prefer it, but it’s not mandatory. Learning fingerstyle is mostly about technique, although long fingernails can provide a certain sound a lot of people seem to like.

Can I only grow my thumbnail to replace a thumb-pick? Sure, they serve the same purpose when you’re planning to play fingerstyle. Just be sure to take care of your nails as this style can take its toll on your fingernails.

What can I eat to get strong nails? Make sure you have enough iron, zinc, and magnesium in your diet. This will take you a really long way when it comes to the strength of your nails. There are some creams available as well that can help you strengthen your nails. 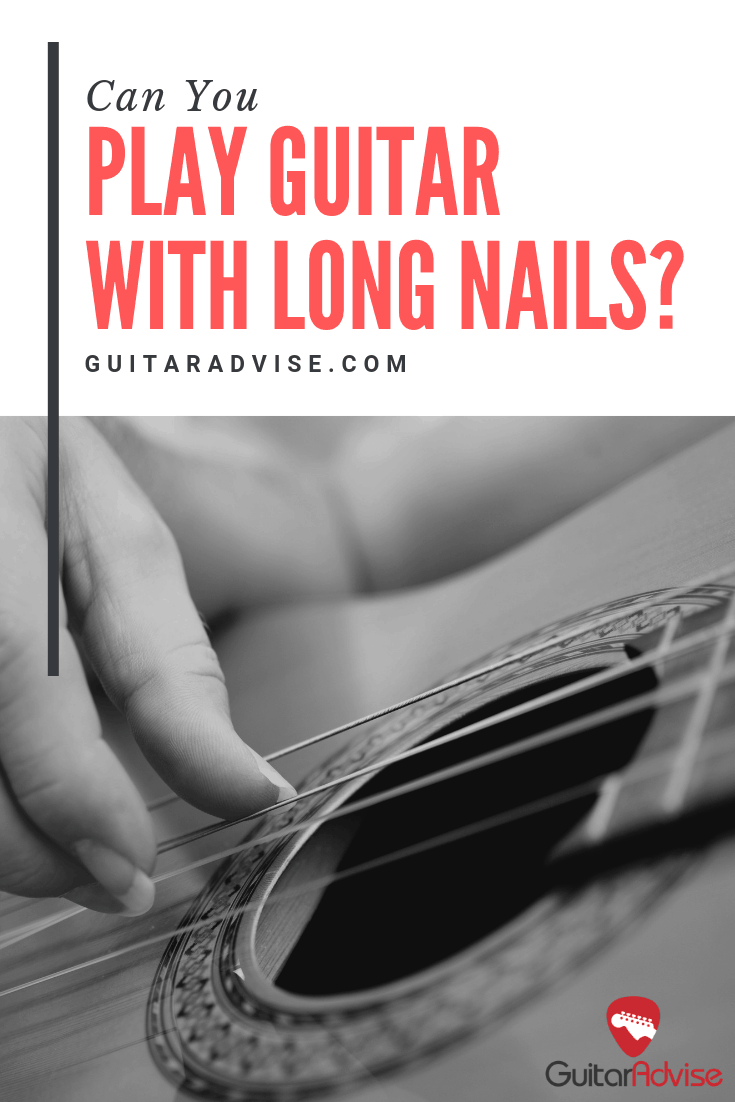 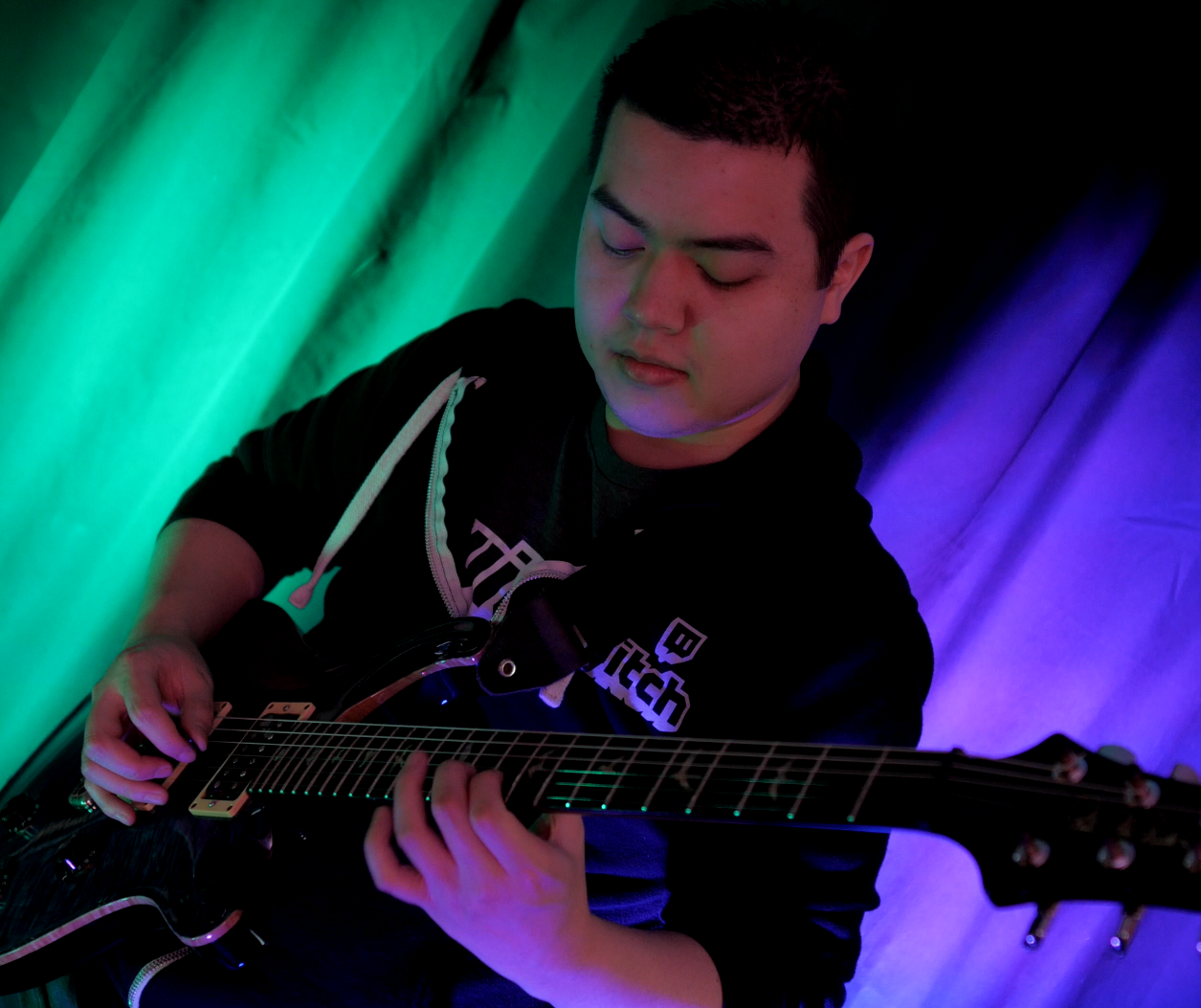